By WashimDecember 21, 2021No Comments4 Mins Read 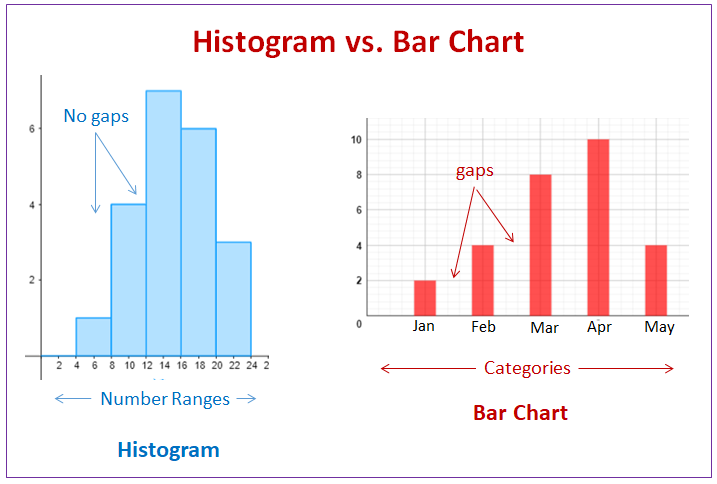 The term statistics is defined as the study of the collection, organisation, analysis, interpretation, and presentation of data. We use histograms, bar charts, bar graphs to represent data. A histogram is defined as a graphical representation of data distribution in statistics. The histogram is represented by a series of adjacent rectangles, with each bar representing a different type of data. Statistics is a branch of mathematics that is used in a variety of fields.

Here are few uses of histograms –

Various meteorological departments all over the world record various climate parameters such as rainfall, snowfall, temperature, and so on, and histograms are used to study the variations between those parameters. This enables them to forecast similar events in the future, such as floods, droughts, storms, frosts, or snowfalls.

One of the most important stages of epidemiological research is the identification of the data with which the researcher is working, as well as a clear and synthetic description of these data using graphs and tables. When it comes to reviewing and displaying data related to an acute public health event, histograms are one of the most important tools in epidemiology. When dealing with a large amount of data, it is easier to create class intervals and sort the data accordingly. Age, blood pressure, body temperature, exposure time, and other mutually exclusive parameters may be included in the class interval.

A bar chart is a statistical method for representing data that uses vertical and horizontal rectangular bars. It is essentially a graphical representation of data using horizontal or vertical bars of varying heights. In practice, bar graphs are mostly used in the business world.

Do you want to know more about bar charts and histograms? If yes, you can visit Cuemath for the same!

What is a Bar Chart?

A bar chart is defined as “a graphical representation of numerical data in the form of rectangles (or bars) of uniform width and varying heights.”They are also known as bar graphs. Bar charts are one of the methods of data handling in statistics.

A few characteristics that distinguish bar charts from other types of graphs are listed below:

Difference Between a Histogram & Bar Charts