Latest Movies & Web Series To Watch Before The Year Ends

By Rabbi-ITJanuary 3, 2023No Comments3 Mins Read 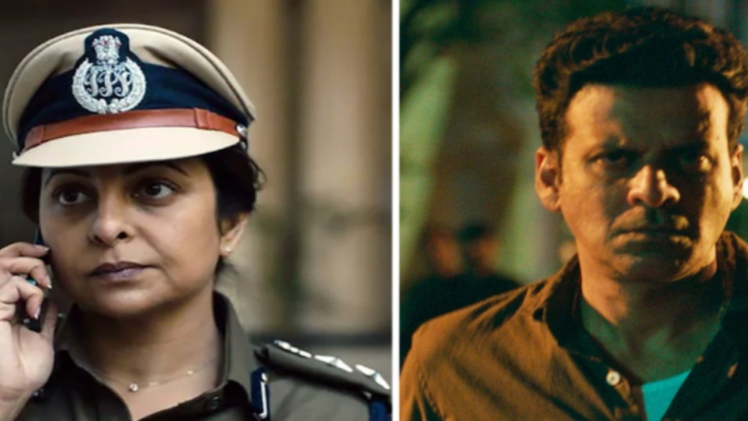 The next season of Pitchers is a direct sequel to Pitchers season 1. It is a comedy-drama web series directed by Vaibhav Bundhoo and features Arunabh Kumar as Yogendra Kumar Pandey, Jitendra Kumar as Jitendra Maheshwari, and Abhay Mahajan as Sourabh Mandal. According to the trailer, actor Abhishek Banerjee will also play important roles in the web series. Sikander Kher, Ridhi Dogra, and Ashish Vidyarthi will also appear in pivotal roles in the series. The new season features new characters, new struggles, a renewed determination to make things work, and a lot of fun. The new season of Pitchers is slated to premiere on the ZEE5 Global streaming platform on December 23, 2022.

Har Har Mahadev is on the list of new movies that will get released this year. It is the first Multilingual Marathi film to be released in pan-India. Actor Sharad Kelkar plays the role of Baji Prabhu Deshpande, a Maratha commander who led 300 soldiers to the battle of Pavan Khind aiding Chhatrapati Shivaji Maharaj in his escape from Sinhala fort. The film tells the story of bravery, sacrifice, friendship, and unwavering commitment to attain “Swarajya.” Since ZEE5 has acquired the streaming right for Har Har Mahadev. The historical drama will launch on December 16 on the streaming platform.

Balki, the director, had the novel idea of slicing film critics mercilessly for giving a movie a bad review. Top film critics are being targeted by a psycho killer, who could be anyone. An irate actor, a displeased director, or a diehard movie buff. Due to the fact that this serial killer commits no mistakes and kills his victims with artistic finesse, the police, led by inspector Arvind Mathur played by Sunny Deol, are completely clueless. Dulquer Salmaan has a complex character in the movie, and her role as the romantic interest, Shreya Dhanwanthary (of Scam 1992 fame) is endearing.

The story is based on Maloy Krishna Dhar’s book Mission to Kashmir: An Intelligent Agent in Pakistan. A few Indian agents who were covertly operating in Pakistan in the 1960s are nabbed and killed by the Pakistani ISI. SKS Moorthy (Prakash Raj), an undercover agent for the Indian Intelligence Bureau, meets Kamran Baksh (Zain Khan Durrani), a thief, and is struck by his intelligence. As a result, Moorthy persuades his higher-ranking officials and hires Kamran for a covert mission. To learn the country’s military secrets and prevent a potential war between the two countries, Moorthy sends Kamran to Pakistan.

The impact of the COVID-19 pandemic on the people of India is explored through four parallel stories in the film. In the opening tale, a father-daughter duo gets separated just as the latter is approaching a very important turning point in her life. The next episode is about the personal and professional struggles of a sex worker (Shweta Basu Prasad). In the third tale, a migrant worker (Prateik Babbar) is forced to take the drastic measure of walking back to his village because all forms of transportation are unavailable. In the final story, an air hostess (Aahana Kumra) is stranded at her home and seeks solace in alcoholism.

The Ultimate Workout Song: Boost Your Motivation with “Ball for Me” by Post Malone