Could the UK rental industry outperform the rise in home prices? 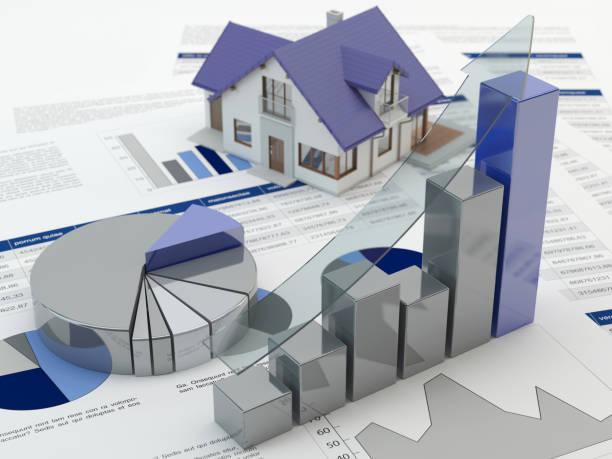 Landlords could see that their yields increase faster than the capital growth of their properties as the rental market’s demand drives up prices. According to experts including estate agents in Winchester, due to a shortage of properties, tenants in the UK are currently paying higher rent than ever. In many listings, there is competition between numerous tenants. Rents increased by 1.4% between August and September of this year, to an average of £1,159 per calendar month.

Rents increased in every region of the UK in September, with London having the largest monthly increase of 2.5% to £1,945 (according to HomeLet’s most recent rental market index). Between September 2021 and September 2022, prices outside of London increased by 7.7%, or to £961 per month.

Agents are already reporting a huge gap between the number of rental homes available and the number of tenants looking for homes in several places, which is one-factor driving rates up. However, the rise in rental properties of a higher calibre is also having an impact. With forecasts of accelerated expansion in the upcoming years, the build-to-rent sector in particular has been expanding recently. They frequently demand higher rental costs because they have more to offer tenants and a focus on long-term rentals.

What does the future hold?

According to a September Hamptons projection, the rental sector may eventually surpass the home market in terms of price increases. According to its metrics, it is estimated that rental growth might reach 6% this year, above the surge in home prices.

However, the agency also anticipates that this rapid rental rise will level out in 2023, 2024, and 2025, in part because of the strain that the cost of living crisis is placing on tenants’ budgets and the potential decline in competitiveness. Its prediction suggests that landlords in London and the south who have lower yields may experience this more so than in other regions.

The market will eventually return to its “traditional cycle” starting in 2025, according to Aneisha Beveridge, head of research at Hamptons, albeit house price increase may be slower than in previous years. Hamptons further added, “Rental yields are anticipated to increase during the projected period due to a mix of slower price rise and increased rents. Between 2022 and 2025, we predict that gross yields will rise from 6.1 to 6.7% nationally. On the other hand, net yields are projected to stay roughly flat once all costs have been taken into consideration.

“Landlords in London will find it more difficult to absorb rising prices than their counterparts in the North due to lower rental yields. For this reason, in our opinion, the availability of rental homes in the capital is likely to continue to decline, driving up rates. We anticipate that the yield difference between the North and South will narrow from 2.2 to 1.8% during the projected period.

Rental Index provides a national breakdown of rent increases by region, illuminating how the various markets are doing right now. The northeast experienced the greatest monthly increase in rental market prices, up 2.4% to £609 per month, after Greater London. The region also has the lowest monthly rents, which gives more flexibility for expansion as demand rises. The West Midlands is another region with high rental demand; between August and September, rent there increased by 1.4% to £858 per calendar month. The average monthly rent in the northwest increased by 1.1% over the same time period, reaching £911 in the region.

In the northwest, rents have increased annually by 9.8%, above the UK average of 9.2%. The region has also had some of the largest house price increases, and with predictions that it will lead the nation in both the housing and rental sectors, it is drawing an increasing amount of investment.

According to the most recent survey from Propertymark’s agency member branches, there is now a high demand for rentals. It revealed that although the average number of tenants registered per member branch had climbed to 141 in August, the number of homes that were currently available for rent had not changed over the previous three months. This is another proof that rents are under pressure to rise.

There are currently 188% more tenants registered as looking for housing than there were in December of the previous year. More than seven in ten (77%) of the member agents in August had seen monthly rental price rises.

With the demand on the rise, the future still holds well for landlords. With the professional help of estate agents investing in buy-to-let properties are profitable with maximum ROI.

How to Become Successful in Digital Marketing Industry