What are the Main Steps to Perform Image Editing? 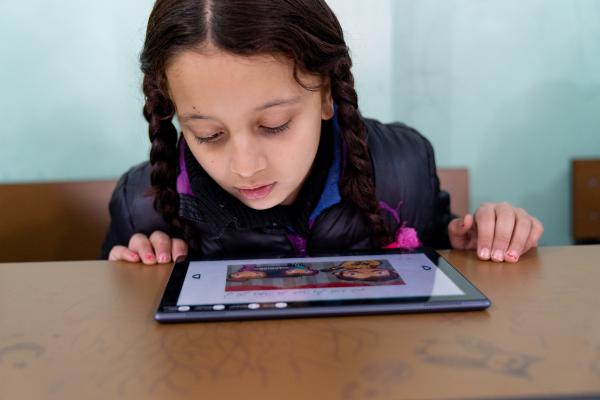 In the last few decades, the technological world has witnessed radical and extreme growth. The spread and sharing of information as well as communication have both been virtualized in leaps and bounds.

Social media especially has become a giant in itself that has changed the world and continues to do so. Instagram , Facebook ,Whatsapp and Twitter are just a few names in Social Networking that are commonplace with almost everyone.

While these platforms have a strict minimum age requirement as part of their terms, they do not, however, have a proper check for underage people registering for and using their services.

Children and younger people are a lot more familiar with, and dependent on telecommunication now than they were a few generations ago. Over half (53%) of American children possess a smartphone before they turn 11 and 84% of teenagers own a phone. Surveys also go on to show that 90% of teens aged 13-17 have at least one active social media profile.

That is a considerable amount of exposure for children at a sensitive age and has marked a rise in cybercrime of all kinds, including cyber bullying.

Cyber bullying or cyber harassment takes on many forms such as stalking, blackmail and exclusion and has an immense impact on the mental and physical health of children. The psychological effects of cyber bullying can often be devastating and permanent with children requiring therapy and medical intervention if left unchecked for long. These effects include depression, PTSD, anxiety and eating disorders.

Research by sociologists finds that most parents are unaware of the exact nature of, and limits of, their children’s activity on smart devices. This lack of awareness, in part due to a generational gap, and due to limited technological skills of parents compared to the youth, is what allows cyber bullying to continue unnoticed.

Children and young persons also tend to blame themselves when confronted or victimized by cyber bullying and take time to recognize and perceive the problem for what it really is, which makes it even more difficult to address and combat.

What is more disturbing, perhaps, is that not all cyber bullies are children and can be most often, menacing adults or those with a criminal background. Such malicious people are found to actively seek and target young people online for entertainment or personal gain.

Findings by psychologists also show that child or teenage victims of cyber bullying are at a greater risk of self-harm and drug abuse compared to others. It was also found that only 1 in 10 child victims complain, or seek help, when confronted with cyber abuse, and most often end up attempting or committing suicide.

Fortunately, the powerful influence of cyber bullying may be reduced or prevented thoroughly by surveillance of your kid’s cell phone via parental control app. Modern cell phone tracking software is backed by state of the art technology and phones may be tracked whether stationary or moving.

Tracking your child’s phone can minimize these threats and go on to ensure their safety and wellbeing. With the current advances in tracking software, parents can:

The advantages of tracking your child’s cell phone do not end here. Data collected and reported anonymously by cell phone tracker software can also help preempt cyber bullying in society as a whole and all over the world. It can aid social scientists in recognizing behavioral patterns of individuals more likely to be perpetrators of cyberbullying and help create awareness about it. Parents and children alike will better understand how to combat negative behavioral attacks and work together towards a more stable and better future, all made possible by a simple mobile tracker.

What are the Main Steps to Perform Image Editing?